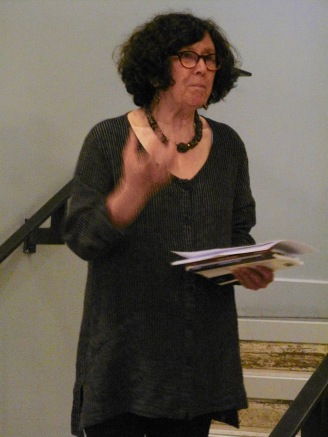 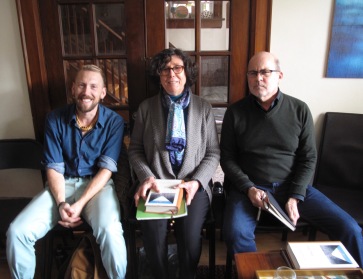 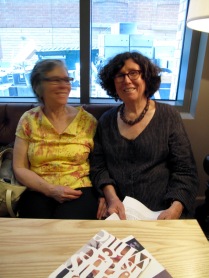 I don’t know how or when I met poet Maureen Hynes. I believe she actually met me.

Because that’s what Maureen Hynes does. She meets others, greets them, with a geniune decided interest, a curiosity and warmth that includes you, brings you into the fold.

I may not remember how or when, but I remember Maureen, (even her name, and I’m not good with names). That’s what happens when you’re welcomed, included.

Ruth and her spot me at the Bloor, make a point of coming over to say hello. Actually, anywhere we find each other. (I don’t think you know how rare this is).

And more poets in this city, this country, know Maureen Hynes, and each other, because of her remarkable spirit of inclusiveness.

Maureen approached me one afternoon, in Hoa Nguyen’s class, telling me of her friend Dick Capling’s new chapbook, Abscission, seeking a place for a Toronto launch (I was managing City Park Library at the time). She sang Dick’s praises by simply saying that the book, the poetry, the writing, was good.

Good. Good poetry. Maureen Hynes knows what is good. In her own work, and others. She is a vigilant advocate, and a successful one.

I listen when Maureen speaks, reads her work, draws my attention to something. Something to consider. Honing in on what’s good.

“My poetry,” says Maureen, “is always an attempt to go deeper, mostly into a lot of commonplace  experiences, situations or vistas to find the still moment where a small connection or realization can be made, hopefully with poetic grace. Sort of like following a thread into the underworld, and not always possible until well after the experience.”

Maureen, you are my marker of a generousity I continue to aspire to. Thank you.

It is with great pride that knife | fork | book welcomes poet MAUREEN HYNES this Thursday. 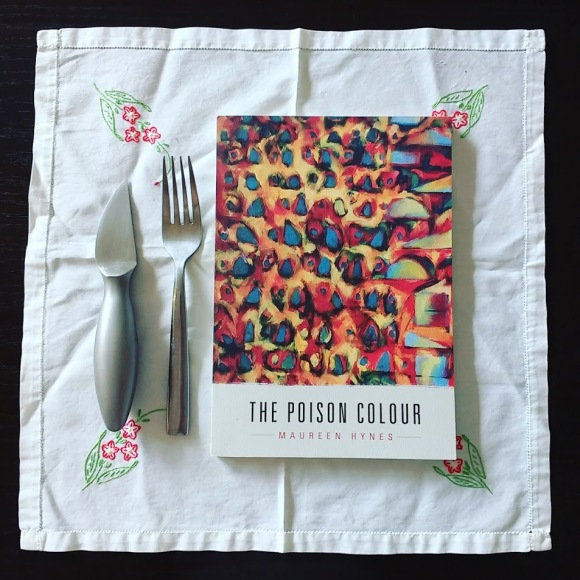 Maureen Hynes’s first book, Rough Skin, won the League of Canadian Poets’ Gerald Lampert Award. In 2016, her fourth book of poetry, The Poison Colour, was a finalist for both the  Pat Lowther and Raymond Souster awards. She is also a winner of the international Petra Kenney Poetry Prize. Maureen’s work has appeared in numerous journals in Canada and abroad, has been collected in over 20 anthologies, including Best Canadian Poetry in English 2010 and 2016, and twice longlisted for the CBC Canada Reads contest. Maureen teaches Creative Writing at the University of Toronto’s School of Continuing Studies, and is poetry editor for Our Times magazine (ourtimes.ca). www.maureenhynes.com

Photos: KIRBY (except for portrait)